The Buhl Independent Rifles formed local militia in 1898 when President William McKinley called for volunteers for the Spanish-American War. The group last 40 years, but never ended up fighting in any wars – though not for lack of willingness or training. They were the first independent company to volunteer for World War I as a unit. Nothing came of the offer, tough 85 of its 125 members eventually joined the armed forces.

After drilling in various halls around town, they built a three-story armory on what is now Sharpsville Avenue - with space for drills along with social and civic uses. Designed by Sharon architect E.E. Clepper, it was dedicated in 1905.

A 1937 addition to the front maintained most of the castle-like features, but a subsequent addition squared off the face of the building and brought it right up to the sidewalk taking away it’s character. Jim Landino bought it in 2015 and renovated it.

Our team removed the ceiling of the gymnasium/drill hall to expose the rafters but, alas they were not handsome oak beams that he hoped for. Elsewhere in that room, structural posts in the walls were dangerously rotted and had to be reinforced or replaced. New bathrooms and a sprinkler system were installed, and much of the new front section is being remodeled. The ground floor has a new poured concrete floor with subfloor heating. As of spring 2020, five apartments have been completed and leased out along with event/community space that is available to rent out for gatherings and party’s. 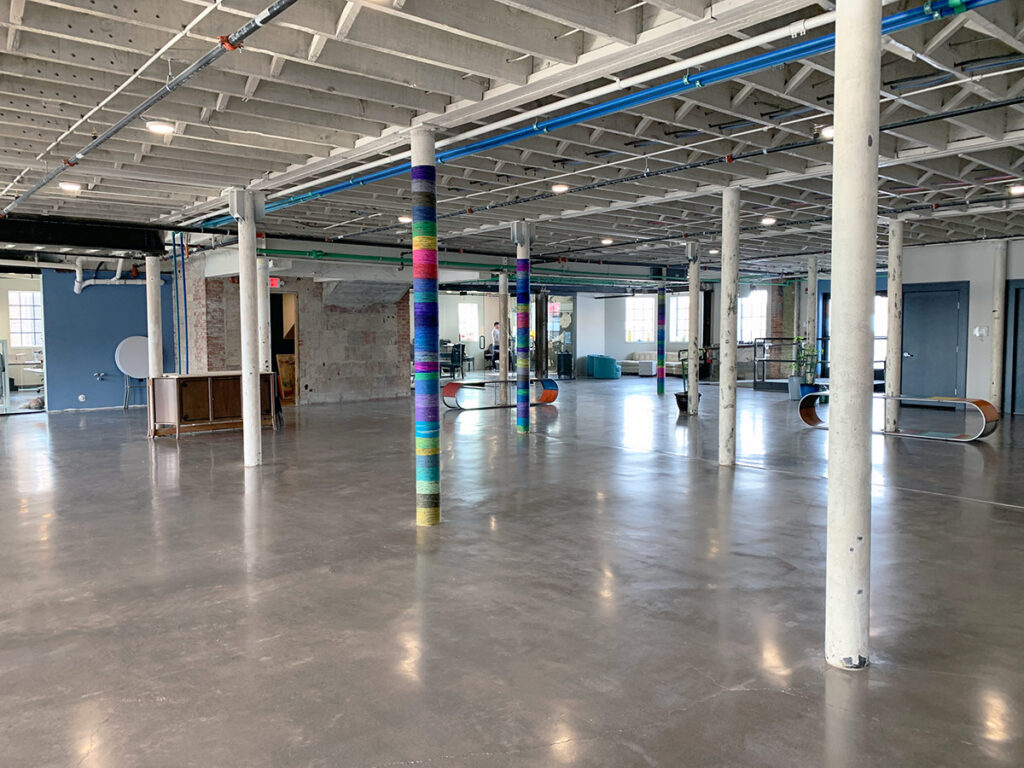 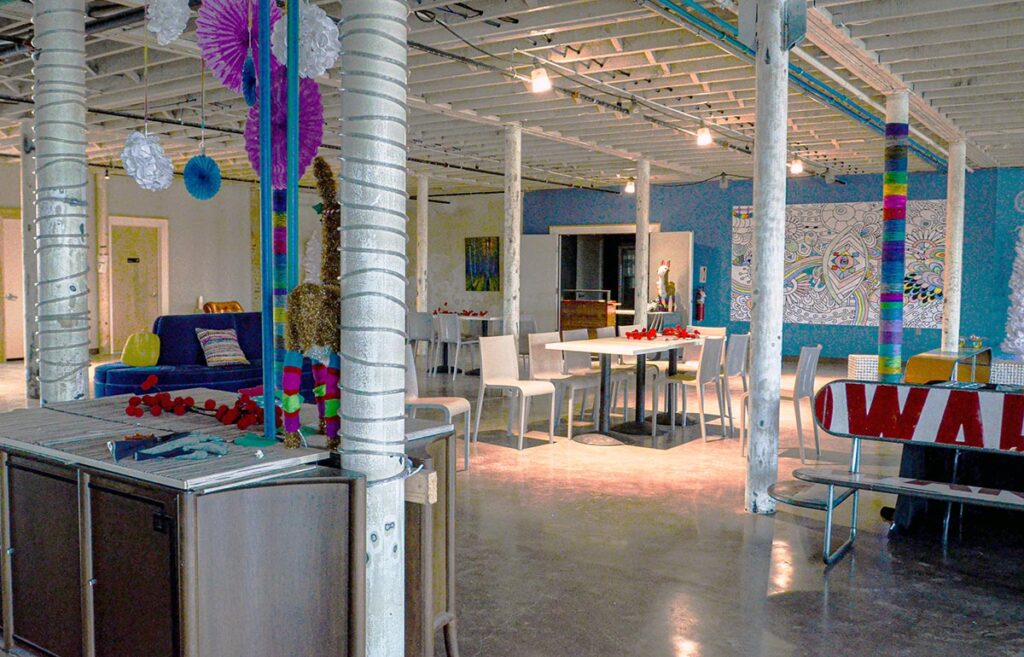 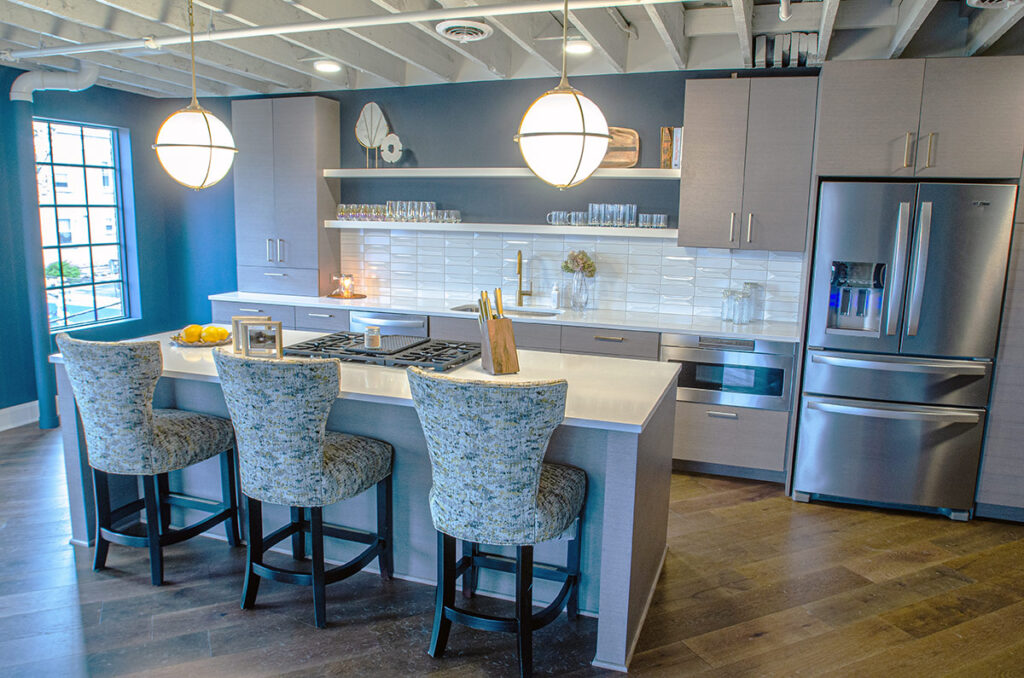 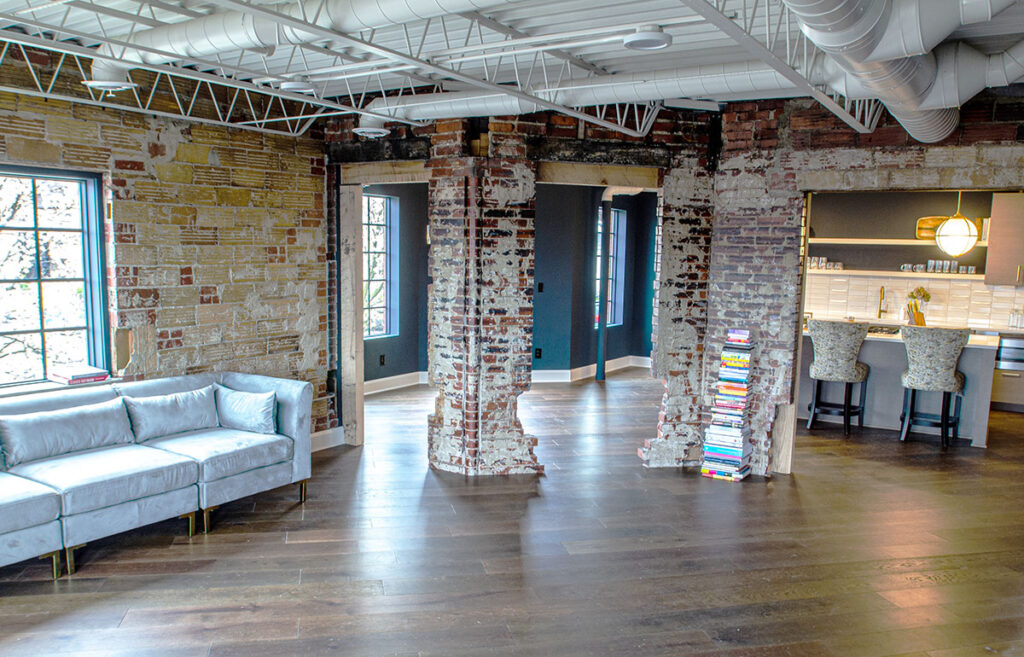 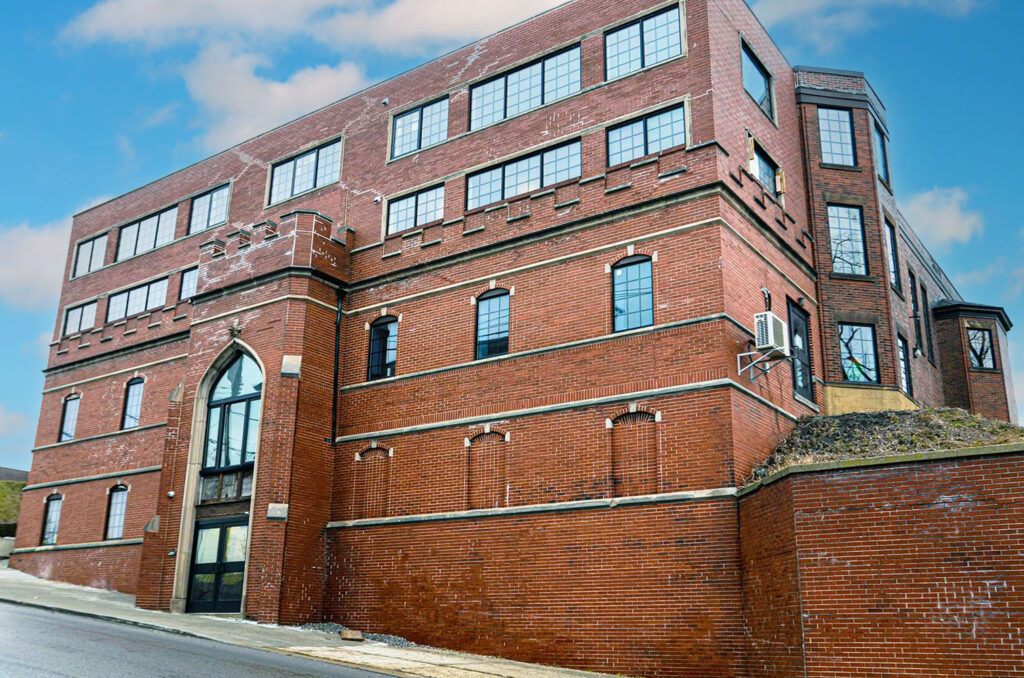 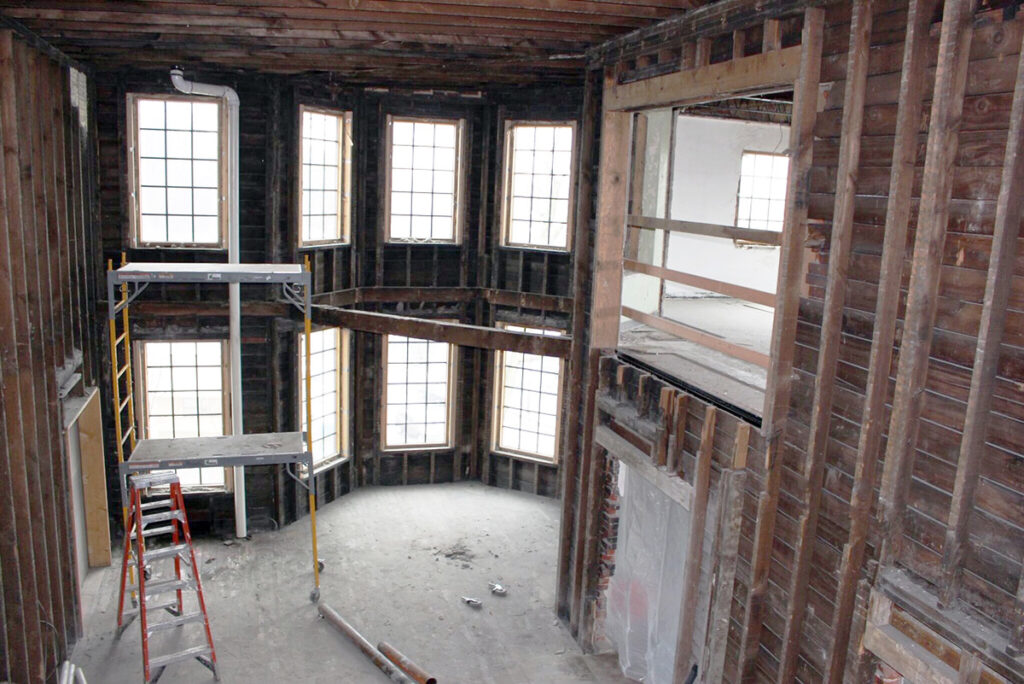 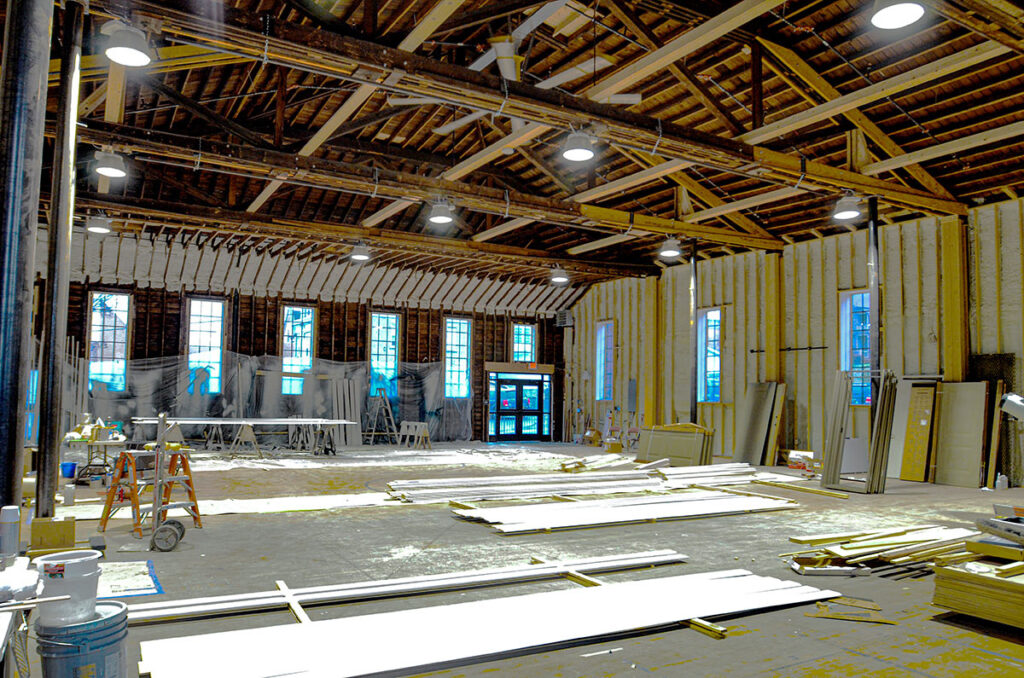 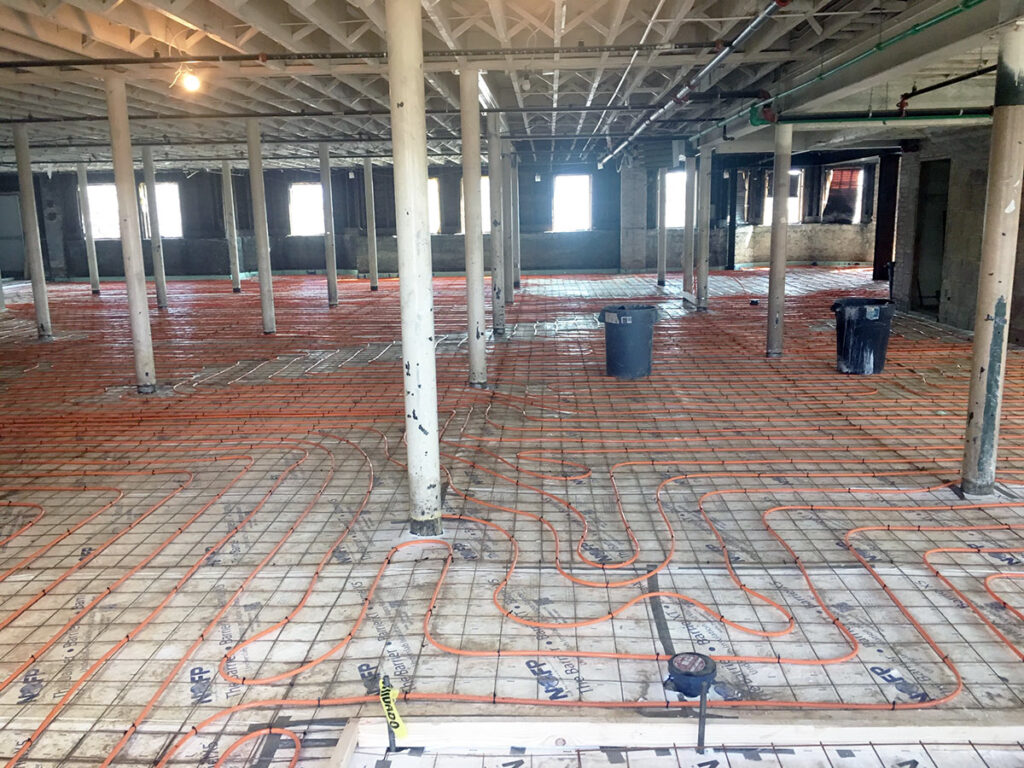 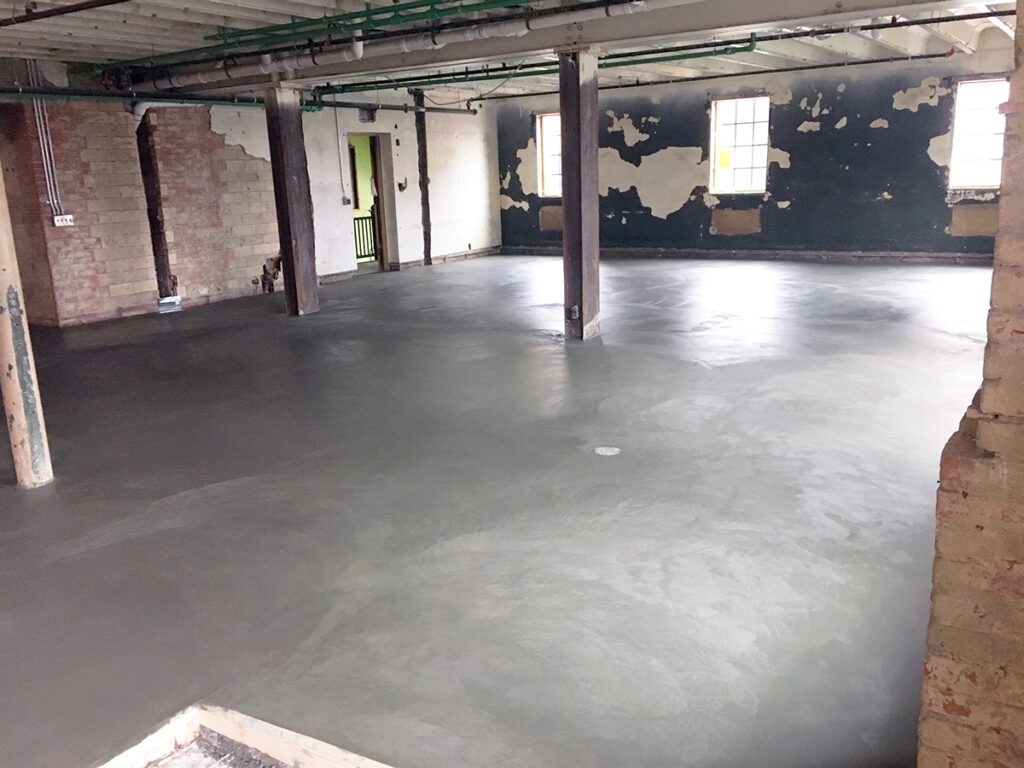 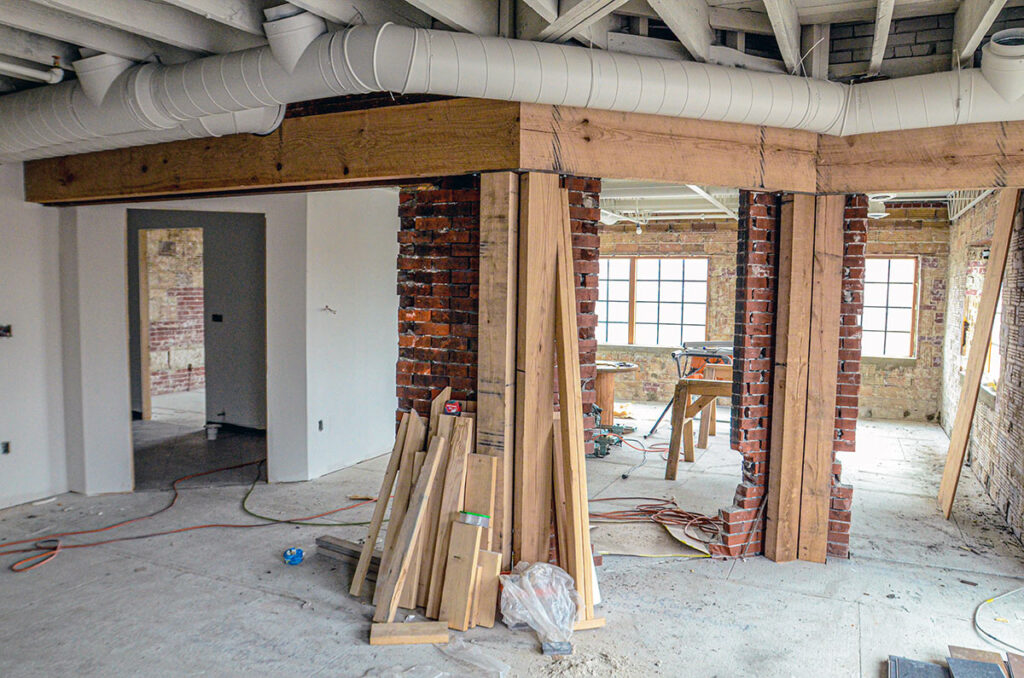 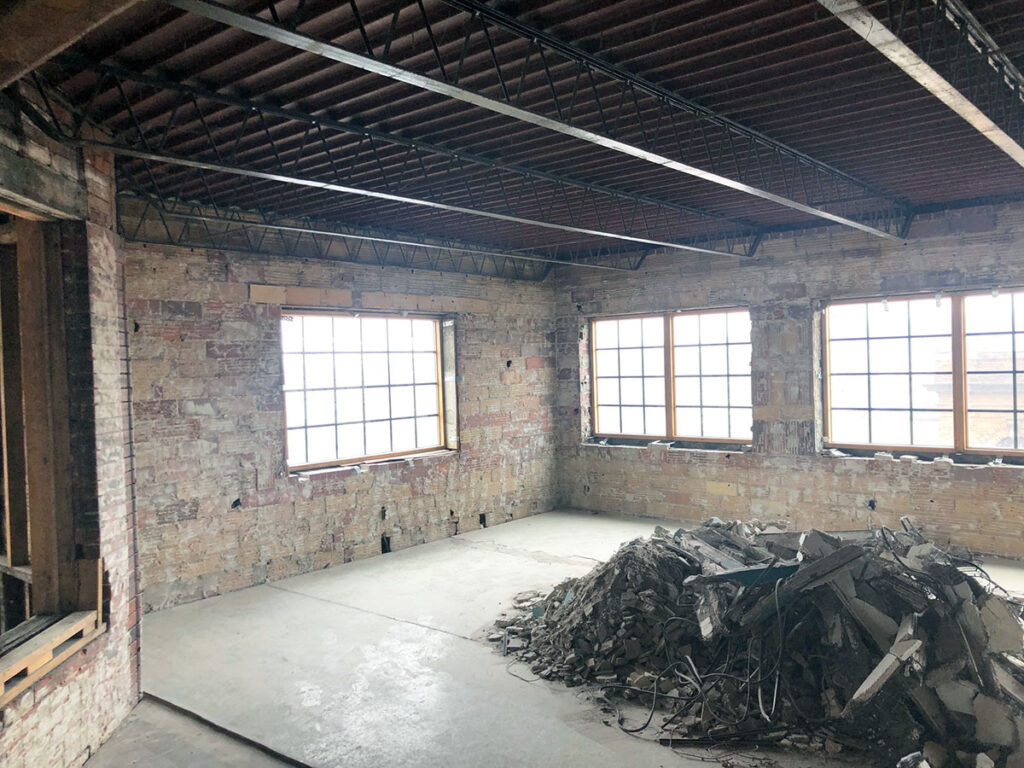